Foreign currencies to Naira exchange rates have been very stable in the beginning of 2020 until mid-March. This is when global crude oil crises and COVID-19 pandemic begin to take effect. Let us take US Dollar to Naira parallel market rate as a guide and take a look at the chronological incidents when the rate saw peaks and bottoms.

Major Financial Matters that effected Dollar to Naira Rate in 2020

Overview of all Parallel Market Rates in 2020 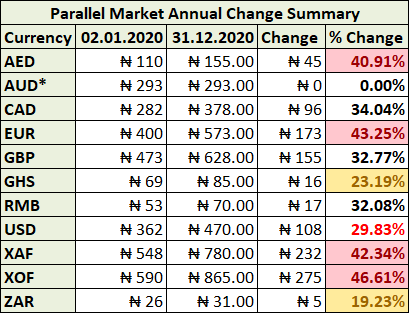 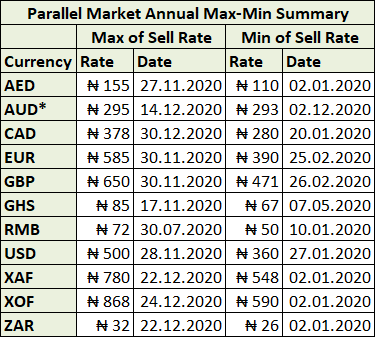 When we take a closer look at the Parallel Market rates of all foreign currencies in 2020 we can highlight some important points: 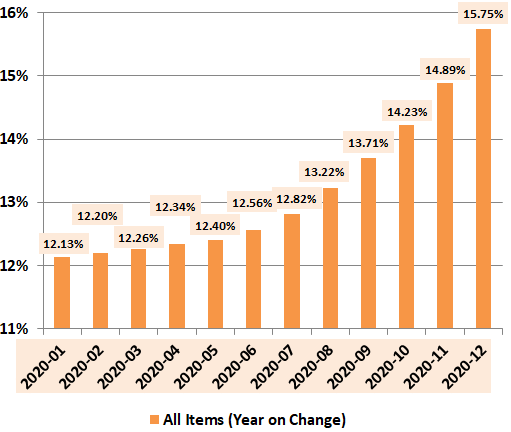 Nigeria’s all items year-on-change inflation rate increased to 15.75% in December 2020, the highest rate reached since November 2017. Major factors that effected the climbing inflation rate for Nigeria in 2020:

How can i get started